The International Equestrian Federation (FEI) announced Thursday it has put off for three weeks a decision on whether to accept a U.S. federation request to withdraw approval of international jumping events from the newly built World Equestrian Center in Ocala, Florida. The events for 2021 are still on the official FEI calendar.

The board at a meeting during the annual General Assembly that is the supreme decision-making body of the FEI said in a brief statement “The 2021 events schedule for the World Equestrian Center in Ocala, FL (USA) was discussed by the FEI Board, but as more information on this matter is required, this will be tabled for further discussions at the next FEI Board meeting on 15 December.”

The actions by the U.S. Equestrian Federation to remove approval of all hunter/jumper events at the Ocala Winter Spectacular and to recommend to the FEI pulling the international events, including tentative approval for a Nations Cup, has drawn widespread criticism from the American equestrian community.

Dressage competitions, including some approved by the FEI, were not impacted by the USEF action.

Organizers of the WEC winter circuit comingled events approved by both the USEF and the National Snaffle Bit Association. The USEF had approved four competitions for the 12-week winter circuit at WEC, built by the Roberts family at a cost estimated at half a billion dollars.

The FEI has rules against riders competing in events organized by an unaffiliated body. However, court cases in Europe have found against the FEI.

The USEF does not have identical rules but restrictions on events within specified mileage and other measures give the USEF the authority it says it needs to take action on event approvals.

The National Snaffle Bit Association is not covered by the Ted Stevens Act dealing with Olympic sports governing bodies such as the USEF.

Congress has considerably extended its control of the sports groups, primarily through the imposition of SafeSport training for all members, in the wake of abuses of athletes, most notably gymnastics. Abuses were found to have been covered up by officials including the then president of the U.S. Olympic Committee.

Roby Roberts, owner and chief executive of the Ocala and Ohio WECs, told dressage-news.com that extensive security measures have been implemented throughout both facilities to insure safety of participants and spectators at the family-centered facilities. 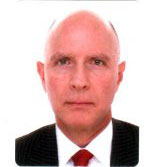