Naïma Moreira Laliberté at the age of 23 is the youngest rider in the World Cup North American League as she was in the Grand Prix lineup when helping Canada earn team gold at the Pan American Games a year earlier.

Naima and Statesman, the 13-year-old Hanoverian, moved up to Grand Prix from the Under-25 division just 10 months ago.

Statesman (Sandro Hit x Brentano II) was acquired for Naima from Jordi Domingo Coll after competing for Spain at the 2017 European Championships.

The Canadian rider’s first competitions in 2018 were in Europe before coming to North America.

The duo moved up to Big Tour in 2019, and made the Pan Am team that earned a coveted start at the Tokyo Olympics this coming July.

At the Adequan Global Dressage Festival in Wellington, Florida, their first competition of 2020, Naima and Statesman placed third in both the World Cup Grand Prix and the Freestyle in their debut in the series. 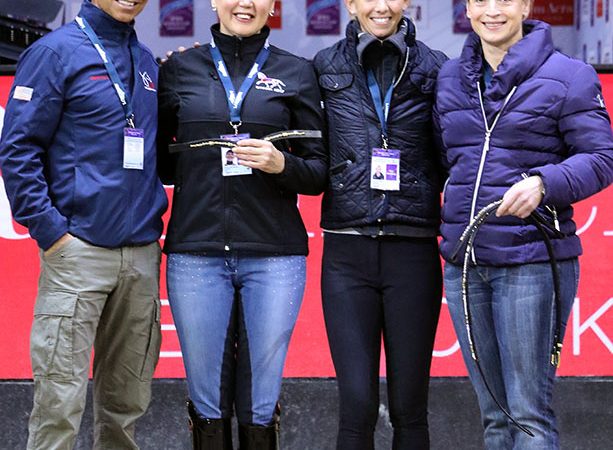