Olympic Berths for Brazil & South Africa Down to Wire, Austria & France in Wings

2 years ago StraightArrow Comments Off on Olympic Berths for Brazil & South Africa Down to Wire, Austria & France in Wings

With barely a month and only a handful of hard-to-enter qualifying competitions left, Brazil and South Africa are in danger of losing 2020 Olympic dressage team berths that would hand Austria and France the chance of filling the spots with composite squads.

Brazil has not yet fully qualified any of the required three rider/horse combinations while South Africa is one score short for its third prospective team partnership and few chances left to achieve it before the deadline of Dec. 31.

Unofficial Olympic rankings of rider/horse combinations–the official standings are only through the end of October so do not include major competitions such as the German Masters at Stuttgart–show that Austria will most likely be first up if one of the slots open up with France next in line.

Morgan Barbançon Mestre on Sir Donnerhall II OLD, who rode for Spain at the 2012 London Olympics when she was 19 years old but has since switched to ride for France, is the highest ranked of the French or Austrian pairs at No. 49 with 981 points at the end of October. The pair are entered at Madrid next week so could advance further in the rankings.

Anne Sophie Serre on Actuelle de Massa ranks 70th with 918 points and Alexandre Ayache on Zo What 94th on 862 points.

For Austria, Ulrike Prunthaller on Bartlgut’s Quebec is currently top ranked at No. 51 for 970 points. The 35-year-old rider has never competed on an Austrian championship team but has performed at the World Young Horse Championships four times.

Victoria Max-Theurer, who at 34 has already competed in four Olympics, currently stands in 61st on 948 points on Benaglio. She will likely move higher based on results at Stuttgart last week.

Stefan Lehfellner on Fackeltanz OLD is ranked 91st on 865 points.

Austria has placed emphasis on pursuing a strong finish for a third combination; at the Munich, Germany CDI4* this week, the nation has two prospects competing in addition to Ulrike and Quebec.

Australia, Brazil, Canada, Denmark, Germany, Great Britain, Ireland, Netherlands, Portugal, Russia, South Africa, Spain, Sweden, United States and host Japan have been pencilled in for the 15 places in Tokyo. All but Brazil and South Africa have the required scores so the focus of those countries now is on picking the best three pairs for Tokyo.

South Africa qualified by being the only team to participate in a special Olympic qualifying event in the Netherlands in October for its geographic area of Africa and the Middle East.

But in an “Alice in Wonderland” style fantasy, none of the scores from any competitors would have counted even though it was an Olympic qualifier. The International Equestrian Federation (FEI) determined that only events on the 2019 calendar by the deadline of October, 2018 could count. The special qualifier wasn’t scheduled until the month before the competition so a team could be declared the winner as long as three of the four pairs finished. It turns out the South African that needed the score didn’t get it, anyway.

Brazil earned its ticket to Tokyo at the Pan American Games in Peru in July of mixed Small and Big Tour combinations, but needed to qualify three pairs with minimum eligibility scores of 66% at Grand Prix by the end of the year to receive boarding passes.

The possibility that Brazil will not be able to qualify a team has again raised the issue of the Pan Ams as an Olympic selection event. A Colombian Small Tour team made a bronze medal finish at the 2011 Pan Ams but was unable to get the scores at Grand Prix to send a team to the London Olympics in 2012.

An issue for both Brazil and South Africa is the limited number of competitions at CDI3* or above before the deadline.

Of six events in western Europe where riders from both countries are competing, three Brazilians are entered in Munich later this week. No Brazilians or South Africans are on the schedule for Madrid the week after while Stockholm at the same time is a CDI5* limited to the “Top Ten.”

Salzburg, Austria World Cup and CDI4* is reported already over-subscribed with no Brazilian or South African entries confirmed. London Olympia World Cup the week before Christmas is an experimental shortened Grand Prix test event that would not count.

Frankfurt later the same week is a premier 5* event coupled with the prestigious German championships of Nürnberger Burg-Pokal for developing Prix St. Georges and Louisdor Prize for developing Grand Prix that starting places are in high demand. The organizing family, though, has a reputation of doing everything possible to help out 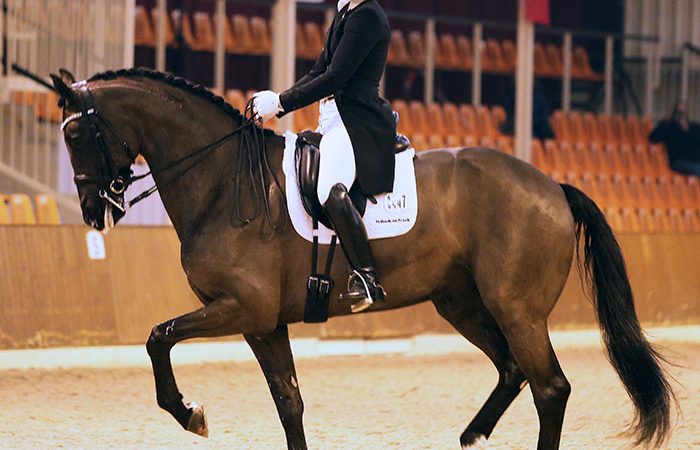