Charlotte and Freestyle, billed as the successor to Valegro and a top prospect for Great Britain’s team at the World Equestrian Games in September, were awarded 75.152 per cent for the win.

Four of the five judges placed Charlotte and the nine-year-old Hanoverian mare ine-year-old mare (Fidermark x Donnerhall) first while Katrina Wüst of Germany and the judge at C had the pair third though awarding the duo the only mark of 10, for the final centerline passage.

Charlotte, 32 years old, and Freestyle, owned by Emma Blundell of her Mount St. John stud, swept the British national small tour championships last year and the Horse of the Year Show Future Elite Championship in October. At a recent national Grand Prix, the pair were scored at close to 80 per cent.

Charlotte has competed Hawtin’s Delicato at international small tour but the 10-year-old British Hanoverian gelding is likely to be competed by Carl Hester as a British team prospect. He is an owner with two others

Charlotte’s debut on Valegro in France in March 2011 was also a victory on a score of 73.723 per cent and the pair went on to win three Olympic gold medals, become No. 1 in the world and still hold all three Big Tour world record scores. 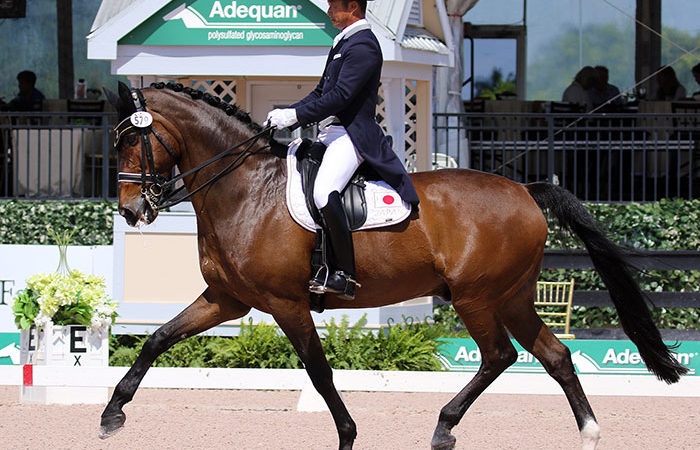