FRITZENS, Austria, June 30, 2017–Judy Reynolds and Vancouver K won the CDI4* Grand Prix Friday in the first competition for the Irish Olympic partnership  since the Omaha World Cup Final three months ago. Ashley Holzer on Radondo won the Prix St. Georges for her first European victory since switching to ride for the United States three months ago.

Judy and the 15-year-old KWPN gelding scored 75.580 per cent for the win in the Grand Prix to qualify for the Special.

German Olympic rider Dorothee Schneider and Fohlenhof’s Rock’N Rose placed second on 72.340 per cent, a personal best score for the pair in the first CDI this year.

Hometown favorite Victoria Max-Theurer on Blind Date was third on 72.280 per cent.

Ashley Holzer on Radondo won the Prix St. Georges for her first victory since becoming an American three months ago.

Ashley, of New York and a four-time Olympian for Canada, and the 11-year-old Oldenburg gelding scored 72.605 per cent in the fifth CDI start. Radondo is owned by Diana C. Rose of North Salem, New York. 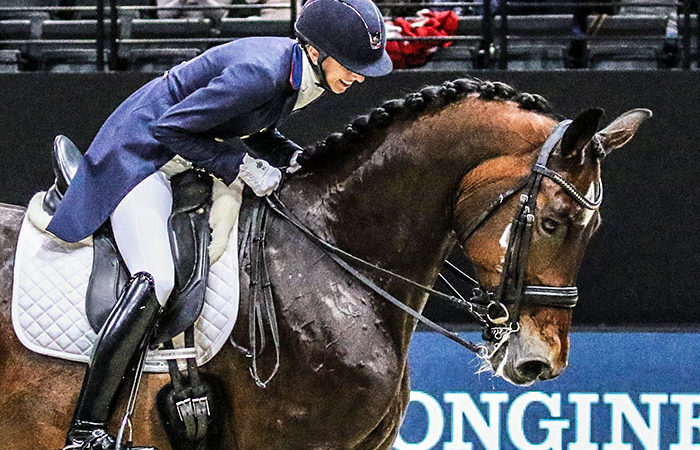 Verdades, Laura Graves’ “Horse of a Lifetime,” Not Ready for Retirement After Historic 2018, Will Pursue World Cup–Part 3 of 3

Verdades, refreshed from a break, is "clearly not ready for retirement" following historic 2018 World Equestrian Games performances that led to the pair becoming the first Americans to be... Read More