Olivia LaGoy-Weltz on Lonoir that competed on American teams at small tour in 2015 and Big Tour this year, both at the Adequan Global Dressage Festival in Wellington, Florida are also on the team for the June 22-25 Nations Cup. It is the third in Europe this year in the trans-Atlantic series.

Dawn, whose only previous team competition was in the North American Junior Championships in 2006, took over the ride on Legolas after Steffen Peters rode the horse on the U.S. bronze medal team at the Rio Olympics last summer.

Dawn and the 15-year-old Westfalen gelding have started 10 times at CDIs on both the U.S. east and west coasts, logging three first places and three seconds.

Laura and Verdades, the top ranked American combination at No. 4 in the world, competed at the 2014 World Games in Normandy, the 2015 Pan American Games winning team gold and individual silver, taking team bronze at the 2016 Olympics and earning bronze at this year’s World Cup final in Omaha. 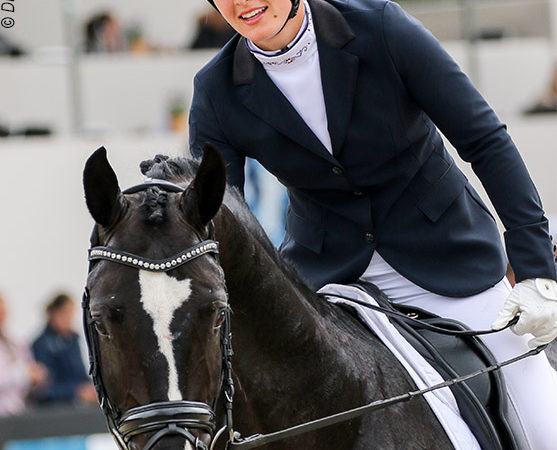 Fresh from her second World Young Horse Championships in a decade, Emily Miles is at the United States championships this week with questions about developing horses for competition. Read More