MANNHEIM, Germany, May 7, 2017–Matthias Alexander Rath and Foundation won the Nürnberger Burg-Pokal Prix St. Georges Special Sunday to qualify for a start in the final of the German championship series for seven to nine-year-old horses.

Matthias and the nine-year-old Hanoverian stallion scored 77.366 per cent for the win in the second of 12 qualifiers for the final in Frankfurt in December. Sweden’s Malin Nilsson and won the inaugural 2017 event.

The victory by Matthias and Foundation (Fidertanz x De Vito) owned by Paul Schockemöhle came after 14 months of CDI small tour competitions in which the pair won 10 out of 13 starts.

Helen Langehanenberg, the 2012 German team Olympic rider, was second on Brisbane FE on 75.780 per cent with multi Olympian Dorothee Schneider and Sezuan third on 73.122 per cent. Dorothee and Sezuan claimed the world young horse triple championships by winning the five, six and seven-year-old divisions in the years from 2014 to 2016. 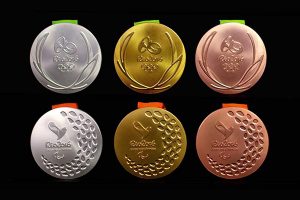 The FEI--the International Equestrian Federation--has clarified that nations that swap out one of three Grand Prix combinations to compete in the Grand Prix Special will be awarded four medals... Read More