Carl and the 13-year-old KWPN gelding scored 73.696% for the win in their first competition since the Europeans last September. 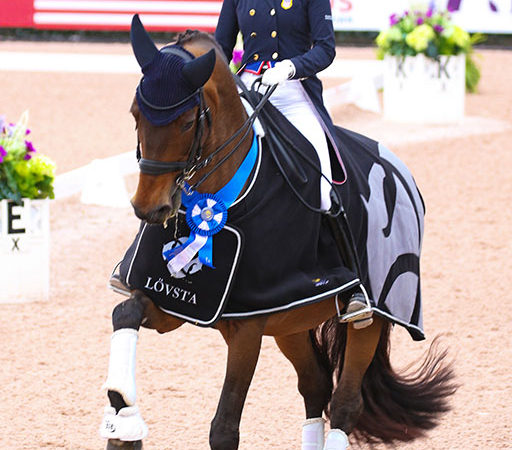