João and the 11-year-old Lusitano stallion were awarded 83.875% for the musical performance, the highest ever Big Tour score for the pair and compared with previous top freestyle mark of 78.870% set at the Mechelen, Belgium World Cup last December.

The result in only the third international Grand Prix freestyle followed championship victories on personal best results in the Grand Prix on 77.348% Friday and 79.042%  in the Special Saturday. The pair have won all seven starts this year, two before the coronavirus pandemic worldwide lockdown and five since resuming competition in August.

The 27-year-old rider and Equador were on Portugal’s team at the 2019 European Championships that earned a start at the Tokyo Olympics that were postponed a year to next July.

Daniel Pinto and Santurion de Massa scored 80.150% to become reserve champions, having been runner-up in both the Grand Prix and the Special. 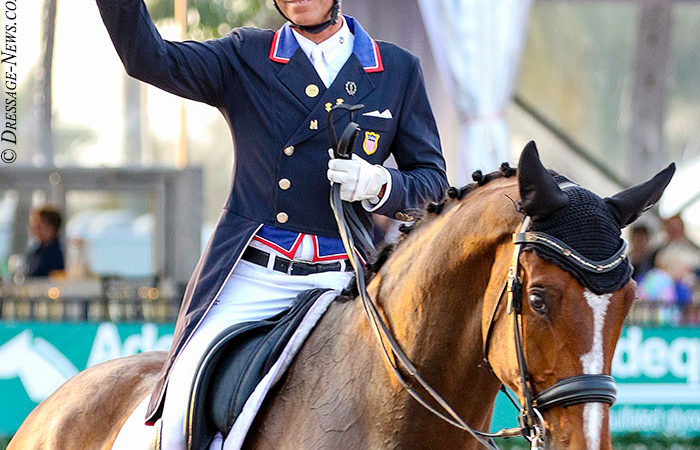