Charlotte of Reno, Nevada and the 17-year-old KWPN stallion were awarded 76.530% to beat the previous high of 75.710% set just a week ago at this Desert International International Horse Park.

Carly Taylor-Smith of Somis, California and the American-bred Rosalut NHF were second on 75.360% in the pair’s second Big Tour competition. One of the five judges placed her first.

Carly and the 10-year-old Oldenburg gelding (Rosenthal x Salut) had competed once at international level before this two-week series, at Small Tour in February, 2018.

The English-born Carly, 30 years old, is a former member of Great Britain’s national JR/YR dressage squad and moved to the United States in 2010 to go to university. She is now an American citizen.

The results for Charlotte, who began Big Tour with Nintendo almost seven years ago, gave the pair an early lead in the North American League standings as she seeks a start at the World Cup Final in Gothenburg, Sweden next April. The duo performed at the championship at the same venue in 2016.

Several more qualifiers for the two starting places assigned to North America are scheduled in Florida and California over the winter. 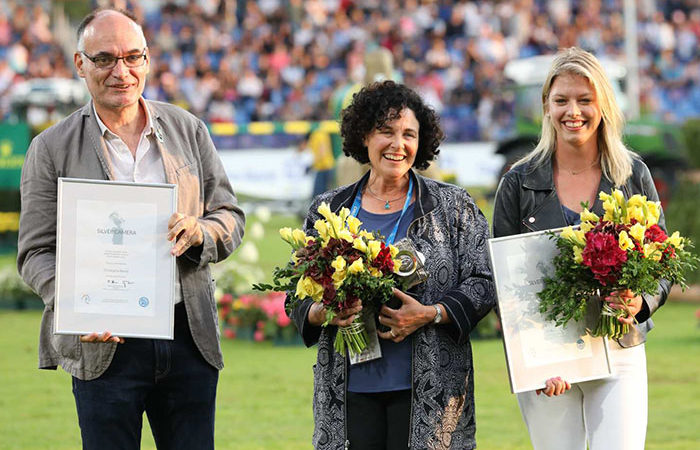 AACHEN, Germany, July 21, 2019--Terri Miller, the photographer and painter based in Southern California, has won the prestigious “Silver Camera” award for the best international equestrian photo of the... Read More
Enter your email address