BALVE, Germany, June 14, 2019–Isabell Werth and Bella Rose won the German Championship Grand Prix Friday in the first show of 2019 for the world’s No. 2 combination that captured both gold medals at the Tryon World Equestrian Games last fall.

Isabell and the 15-year-old Westfalen mare were awarded 81.780% in the national competition by the all-German five-judge panel. It was the first show since last November that capped an undefeated record of 10 straight CDI victories in the second half of 2018 when Isabell brought Bella Rose back to the show ring after an injury absence of 3 1/2 years. The highlight was the World Games where the pair won team and individual golds.

Dorothee Schneider and Showtime FRH, the 2016 Olympic team gold partnership, were second on 81.100%. The 13-year-old Hanoverian gelding’s competition career has also been puntuated by injuries. 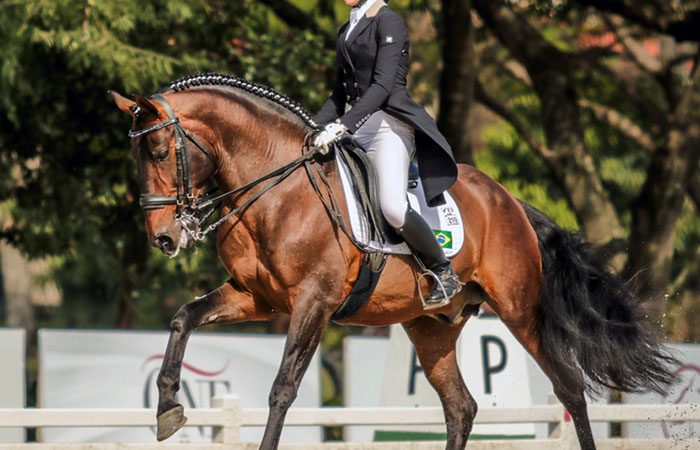