TRYON, North Carolina, Sept. 13, 2018–Sönke Rothenberger and Cosmo rode the Grand Prix of their career for the highest individual score Thursday in the final day of the World Equestrian Games team medal competition, giving Germany a clear led with Great Britain and the United States neck and neck for 2nd and 3rd places.

Sönke and the 11-year-old KWPN gelding scored 81.444 per cent, the first result for the Olympic team gold medal pair above 80 per cent in what was viewed as a superb ride.

It came about an hour after Great Britain’s Carl Hester and the barely tested Hawtin’s Delicato vaulted his team into becoming a top medal contender with a personal best Grand Prix score of 77.283 per cent.

Kasey Perry-Glass of the United States rode Dublet to third place individually on a score of 76.739 per cent, their best result in more than two years.

Still to come were Charlotte Dujardin and Mount St. John Freestyle for Great Britain, Isabell Werth on Bella Rose for Germany as well as America’s Laura Graves on Verdades. 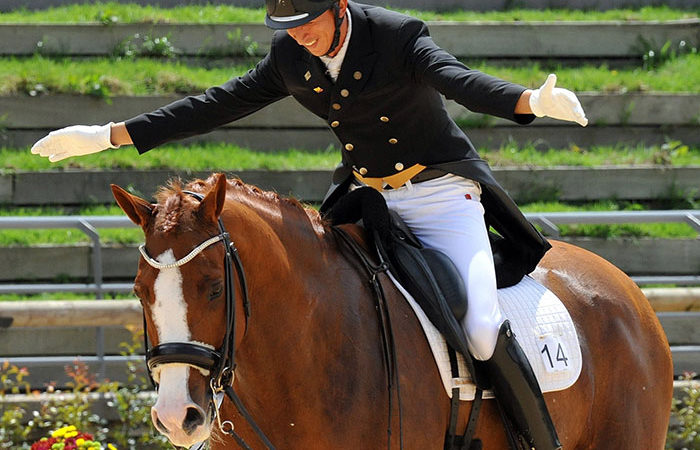