Ingrid, whose only other international competition on Frankiskus was as a six-year-old in the dressage World Young Horse Championships in 2014, was awarded 71.620 per cent for the win.

Ingrid has no horses currently in the dressage world rankings but has competed in eventing at five Olympics, winning team gold on Abraxxas in 2008 and 2012 and team silver on Hale-Bob in 2016 and team gold at the 2006 and 2014 World Equestrian Games.

The daughter of the late Dr. Reiner Klimke has set as a goal competing in dressage at Olympics and world championships.

She also rode Damon Hill FRH in the CDI4* Grand Prix at Aachen, Germany in 2009 before Helen Langehanenberg took over the ride to win medals at the 2012 Olympics and 2014 World Games and the 2013 World Cup title.

Fellow German Franziska Stieglmaier, riding Lukas in only their second Big Tour event since moving up from the Under-25 division this summer, was second on 70.340 per cent.

Luxembourg’s Sascha Schulz and Dragao were third on 68.280 per cent. 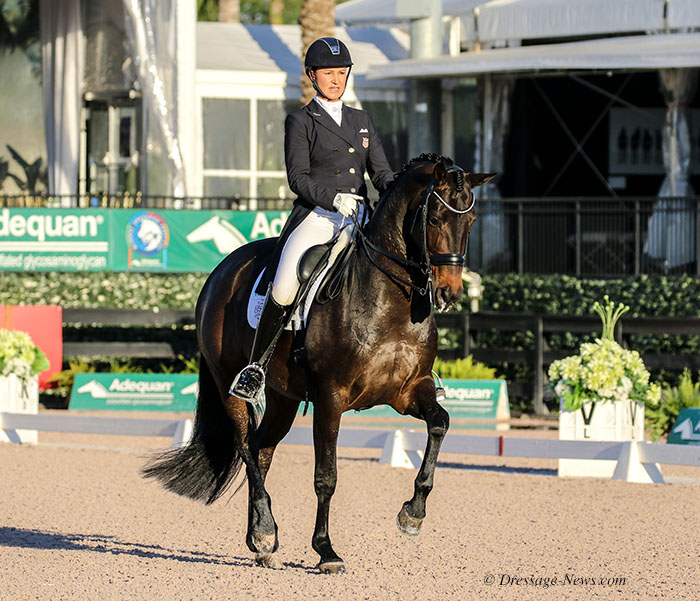 WELLINGTON, Florida, Mar. 15, 2018--Horizon made her Big Tour debut in the Global Dressage Festival CDI3* Grand Prix Thursday and despite a couple of errors that Adrienne Lyle said... Read More