With Patrik and the nine-year-old Swiss Warmblood mare logging four victories and mostly other top three finishes over the summer the pair jumped to No. 31 in the world as of the end of September, from No. 167 a month earlier. Patrik, who is also ranked at No. 10 on his 2016 Olympic mount Deja, began Big Tour competition on Well Done in May.

Daniel and Blue Hors Zack, posted a pair of victories, their first at Big Tour, at Darmstadt, Germany at the end of September that helped boost the pair to No. 41 from 183rd the previous month.

Daniel and the 13-year-old KWPN stallion competed at small tour in 2015 before moving to Grand Prix in March this year. The 28-year-old Daniel was on the Danish team at the 2015 European Championships with Blue Hors Loxana as well as six Nations Cup squads.

The top rankings were little changed in September, with German superstar Isabell Werth still at No. 1 with Weihegold OLD, No. 4 with Emilio and No. 6 with Don Johnson FRH.

Sönke Rothenberger on Cosmo, also on Germany’s 2016 Olympic and this year’s European Championship teams, were No. 2 for the second month.

The USA’s Laura Graves and Verdades were at No. 3, Great Britain’s Carl Hester on Nip Tuck at No. 5, Cathrine Dufour of Denmark on Cassidy seventh, Hans Peter Minderhoud of the Netherlands on Glock’s Flirt at eighth and Great Britain’s Spencer Wilton on Super Nova II moving to No 9, their highest ever world ranking.

The complete standings are available at: https://data.fei.org/Ranking/Search.aspx?rankingCode=D_WR 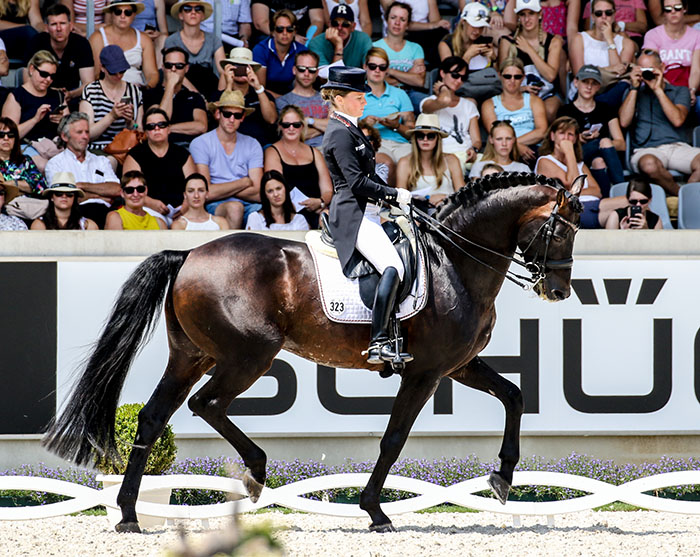