Juan, who rides for Spain, and the 14-year-old Hanoverian gelding scored 76.015 per cent for the rider’s first international event in Europe this year. The pair won the national level Spanish Under-25 championships in Madrid three weeks ago

The 19-year-old rider who starts college this year, has competed Don Diego at international levels since junior events in Florida six years ago and partnered at the European Junior Championships in 2012 and 2013 and the inaugural European Under-25 Championships last year.

His father competed for Spain in the 1988, 1992 and 1996 Olympics. The family moved to Wellington, Florida six years ago.

Jeanine Nieuwenhuis of the Netherlands on TC Athene placed second on 73.650 per cent with Spain’s Alexandra Barbançon Mestre on Bolero third on 73.270 per cent. 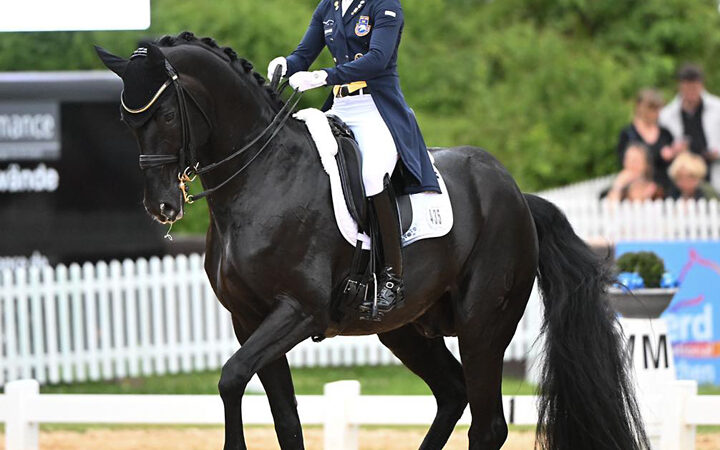