Isabell and the the 11-year-old Westfalen gelding ranked No. 6 in the world scored 89.125 per cent for victory in the musical performance and the latest display of the dominance of top sport by the 47-year-old rider.

The sweep of the German championships–the Grand Prix title decided by the Special and the Freestyle–came after after the last-minute withdrawal with a bacterial infection of Weihegold OLD,  Isabell’s Olympic team gold medal and World Cup champion on which she is ranked No. in the world.

After claiming the 14th national title overall, Isabell said: “Weihegold is the number one, but Emilio number 1a. He did the trick for the fifth or sixth time. This was by far his best. It was so easy, I felt very safe. If you get goose bumps yourself, that’s just a great feeling.”

Olympic team mates Sönke Rothenberger, 21 years old, and the 10-year-old Cosmo scored 87.600 per cent for reserve champions in the freestyle as the pair were in the Grand Prix. Sönke and Cosmo was the only pair from the Rio team in these championships, as Weihegold was withdrawn by Isabell and Showtime FRH ridden by Dorothee Schneider and Desperados FRH ridden by Kristina Bröring-Sprehe were recovering from unjuries.

Dorothee and Sammy Davis Jr. placed third on 81.650 per cent, the highest finish in the championships for the duo that won the developing Grand Prix championships last December. 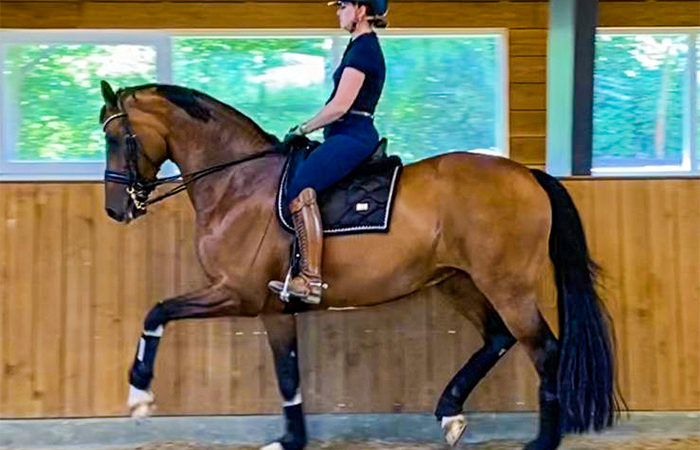