WIESBADEN, Germany, June 4, 2017–Isabell Werth and Don Johnson FRH won the CDI4* Grand Prix Freestyle Sunday night for the 13th straight victory to surpass a winning streak more than a decade old for the most successful Olympic equestrian in history.

Isabell and Don Johnson FRH, a 16-year-old Hanoverian gelding ranked No. 8 in the world  scored 82.025 per cent for the win, a day after capturing the Grand Prix to extend the streak of victories that began last November.

Germans Charlott-Maria Schürmann on Burlington FRH scored 78.125 per cent for second place and Hendrik Lochthowe scored 75.800 per cent for third, the same order of finish as the Grand Prix.

The previous longest winning streak for Isabell was on Satchmo, her 2008 Olympic team gold medal mount, that logged 11 straight victories bracketed by the World Equestrian Games in 2006 and the European Championships in 2007, according to records reviewed by dressage-news.com.

Isabell has competed 13 horses at Grand Prix since 2006, but detailed results for Gigolo, Antony and Weingart–Olympic and championship mounts prior to then–could not be located.

At 47 years old, Isabell has won 10 Olympic medals, six gold, more than any other equestrian in a century of horse sports in the Games. Plus seven gold and two bronze at World Games and 14 gold, three silver and one bronze at European Championships.

The winning streak for Isabell and “Johnny” as she calls Don Johnson began last November following a lengthy break from competition as she focused on the Rio Olympics.

The pair began Big Tour more than six years ago and competed on German teams at the 2015 and 2013 European Championships.

Sönke Rothenberger, the German Olympic team gold medal rider, took top place with a score of 72.260 per cent on the 18-year-old Favourit in the CDI4* Grand Prix to qualify for the Special.

Compatriots Heiner Schiergen on Aaron was second on 71.440 per cent and Juliane Brunkhorst on Fürstano third on 71.100 per cent. 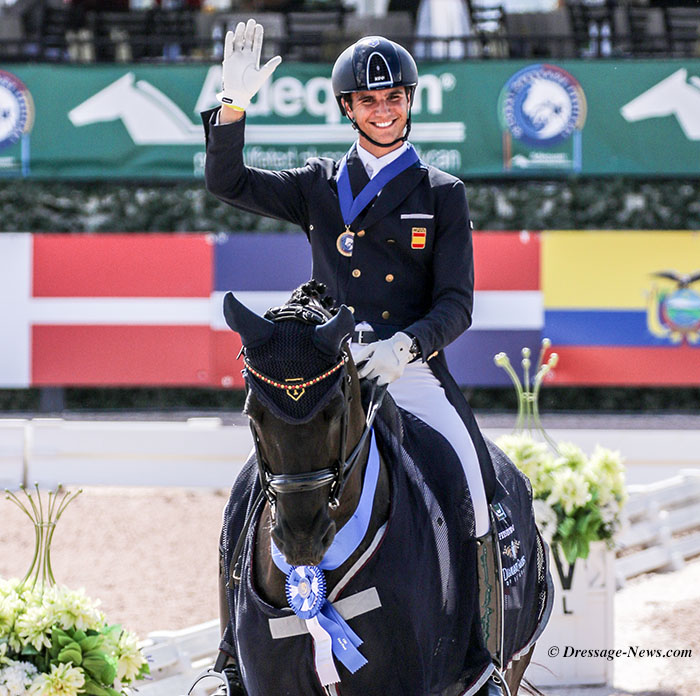 Juan Matute, Jr. has embarked on a new chapter in his dressage career, arriving in Europe Thursday for the first of what he plans as extended stays in an... Read More