COATESVILLE, Pennsylvania, April 11, 2017–The Friesian Grand Prix stallion Hedser 465 was reported by Iron Spring Farm Tuesday to have died of colic at the age of 15.

Hedser (Adel 357 x Ouke), born in the Netherlands, was competed by Kristel van Duren-Bodewes in Europe and debuted at Grand Prix in 2010 at the age of eight.

He was imported into the United States by Iron Spring Farm in 2013. Although retired from dressage, the farm said: “Hedser enjoyed his days standing at stud and spending time in the lush pasture at Iron Spring Farm.” 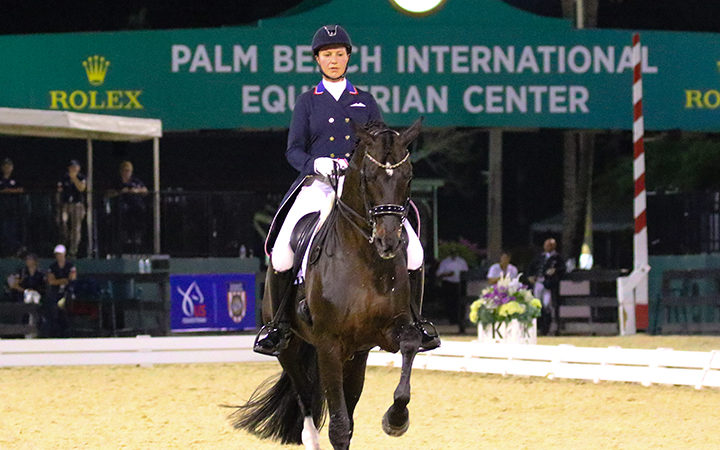