Nicolas and the 11-year-old Hanoverian gelding scored 73.413% for the win in the first competition for the pair in seven months, half of that time resulting from a suspension of international competitions because of the Covid-19 pandemic.

Australia’s Simone Pearce and Destano placed second on 71.239% in only the second international appearance of the partnership. The only other CDI for Simone, based in Germany, and the 13-year-old Hanoverian stallion was at Dortmund, one of the last shows before the coronavirus-triggered shutdown.

Destano, previously ridden by Michelle Hagman Hassink of Sweden, has been Simone’s prospect for a place on Australia’s team at the Tokyo Olympics, delayed for a year to the summer of 2021. 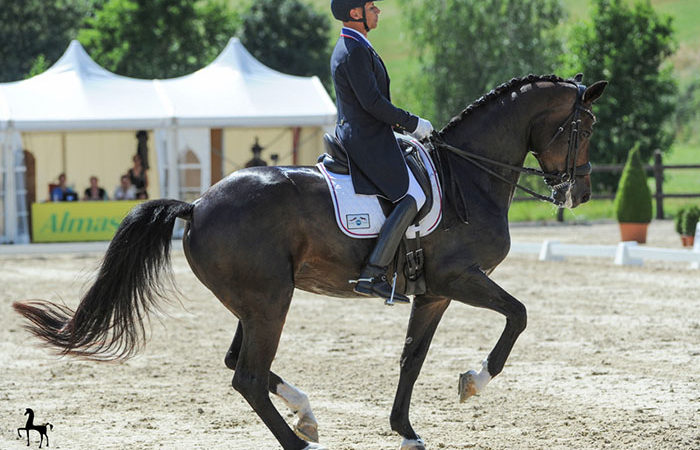