ERMELO, Netherlands, May 27, 2019–Edward Gal has won his 10th Dutch Grand Prix Championship and for the third straight time on Glock’s Zonik that he competed on the Netherlands’ team at the 2018 World Equestrian Games. Hans Peter Minderhoud won silver with Glock’s Dream Boy, as he did in 2018, while Emmelie Scholtens rode Apache for the bronze in the stallion’s championship debut.

“It is the tenth time,” Edward said of the title, “but every time is special.”

Zonik, an 11-year-old Dutch Warmblood stallion, was out of competition for a few months but, “now he feels fine again.”

Edward and Zonik won the Grand Prix and followed with a victory in the Grand Prix Freestyle. Hans Peter and Dream Boy were runner-up in both competitions while Emmelie and Apache were third. 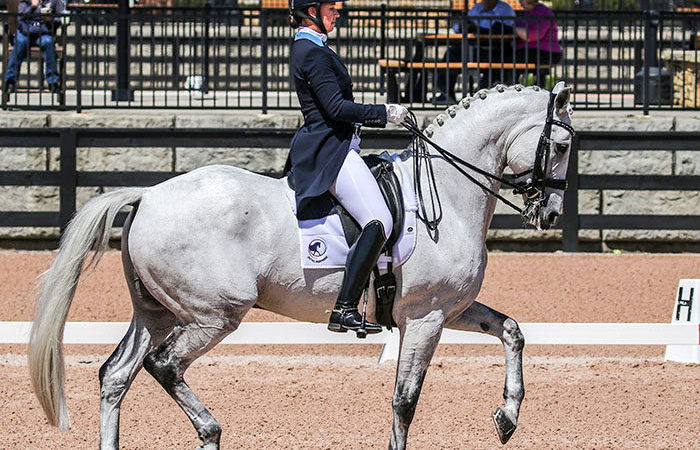