Richard and the 11-year-old KWPN gelding scored 74.700 per cent for their first sweep of event since starting Big Tour 2 1/2 years ago. The pair won the Grand Prix Thursday, four months after their last competition. the Nations Cup at Hickstead, England, where they placed first in the Freestyle, bringing the number wins so far this year to four.

The Netherlands’ Hans Peter Minderhoud and Zanardi placed second on 73.925 per cent while fellow Dutch rider Diderik van Silfhout on Four Seasons was third on 73.850 per cent. 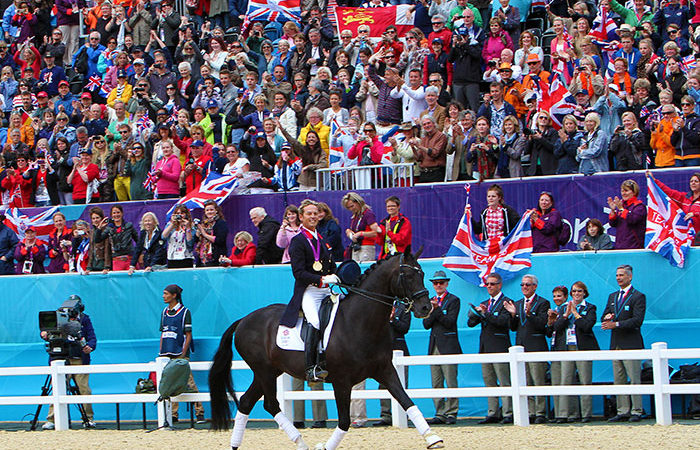 Carl Hester–Price of Horses, Importance of Training, Spirit of Success. Part 2 of 2

Carl Hester likes to buy horses when they're young--if they don't cost a lot it leaves money for what he regards as most important, training. His own record is... Read More
Enter your email address