The result for Sue and the 15-year-old Australian-bred gelding of 69.824 per cent gave the pair only their second back-to-back wins in more than five years at Grand Prix, the other being at this same event in 2015.

Shannan Goodwin on Aristede placed second on 67.902 per cent with Rozzie Ryan on Adonie third on 66.706 per cent. 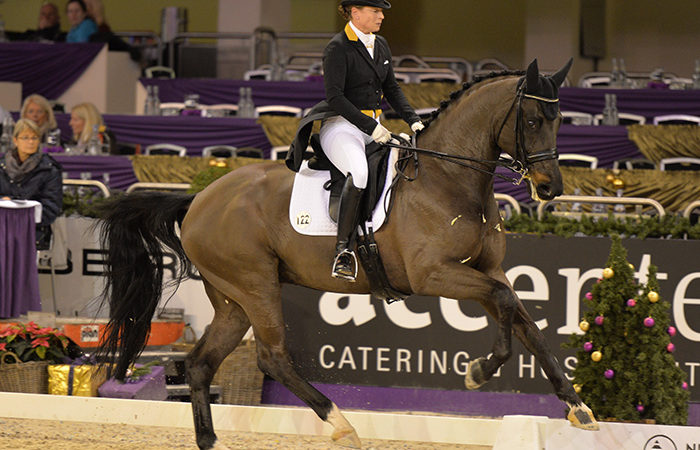 On-the-Spot Coverage by The Horse Magazine--text by Christopher Hector/photos Roslyn Neave--of the Nürnberger Burg-Pokal Final in Frankfurt. The final is the German championships for horses aged seven to nine... Read More
Enter your email address